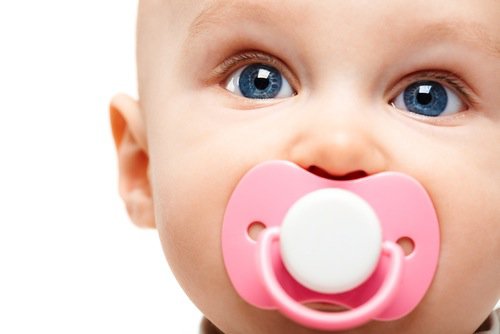 My wife and I started off with good intentions of never giving our daughter a binky (pacifier) when she was born. That quickly came to an end the first night at the hospital when we realized that she had to be sucking on something or she wasn’t going to sleep. Never did I imagine that this little piece of BPA free plastic would become such a central role in our daughter’s life. I joke sometimes with my wife about our daughter having “binky sonar”. It’s almost like a Jedi power that she has the ability to find the binky no matter where it’s at. I have even seen her in bed asleep, in the pitch dark, with her eyes closed, snatch the binky that had fallen out of her mouth up that was sitting a few feet away. No searching….. just a direct hit! It’s amazing.

But, then the problem became how do we cut the binky out of her life? We don’t want our daughter to be walking around with the binky forever. It’s almost like asking a crack addict to stop getting high!  So I asked around and did some searching and found some options we could try.

In the end we ended up using the Binky Fairy method.  It actually worked really well, with my daughter getting a new hot pink purse the next morning without any crying.  I was shocked!  Now is it that easy for everyone?  Probably not, but I think one of the keys to success is throwing the binky away so you don’t have any temptation of giving in to your child crying for it and being consistent.  If you say you are going to take it away a certain day, do it, don’t keep going back on what you told your child.

Have you been in this same situation?  What worked for you?

How to Connect Your Business to the Local Community

One thought on “The Binky Chronicles”