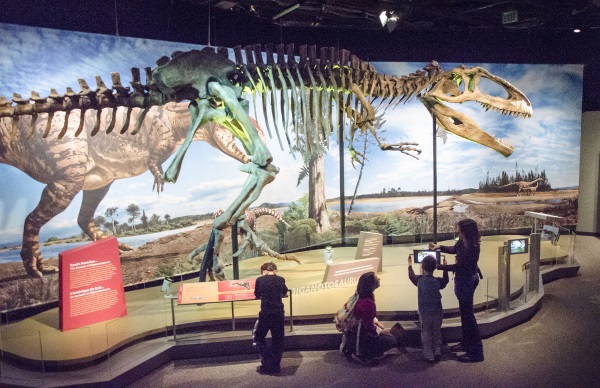 Does your child love dinosaurs?  Then plan to check out the new “Ultimate Dinosaurs” exhibit at the Science Center of Iowa that opens Friday, October 10th.

Based on new, groundbreaking research from scientists around the world,Ultimate Dinosaurs reveals a new breed of dinosaurs that evolved in isolation in South America, Africa and Madagascar.  Ultimate Dinosaurs includes twelve fully-articulated dinosaur specimens from the Southern Hemisphere!

In Ultimate Dinosaurs, prehistoric creatures from the other side of the world meet cutting-edge technology.

Augmented Reality: Ultimate Dinosaurs offers a new twist with augmented reality, which layers virtual experiences over real environments. Through iPads mounted on columns – similar to periscopes – visitors can layer “virtual “skins” over dinosaur skeletons to see what they may have looked like when they were alive.

Multi-user Interactive Game: iPad stations located throughout the exhibit give visitors the chance to digitally reassemble the continents long divided through the years. Win the game and reveal key information to understanding the effects of continental drift on dinosaur evolution. 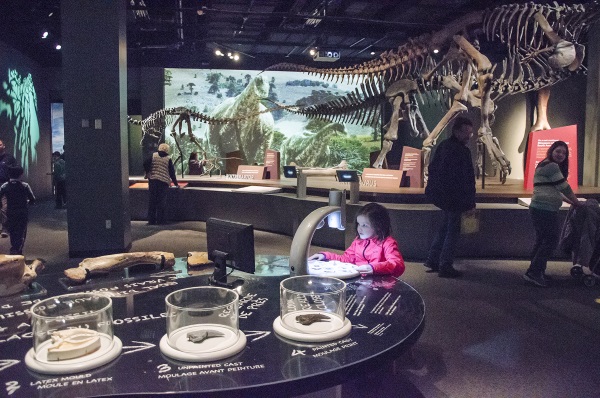